Dedication of the Marilyn Shuler Classroom for Human Rights

Dedication of the Marilyn Shuler Classroom for Human Rights

Share in the excitement as the Idaho Anne Frank Human Rights Memorial expands with the addition of the Marilyn Shuler Classroom for Human Rights.  Marilyn Shuler, co-founder of the Idaho Anne Frank Human Rights Memorial and board member of the Wassmuth Center for Human Rights, was a longtime human rights leader and advocate in Idaho. Her many accomplishments and service included a 20-year career as director of the Idaho Commission on Human Rights from 1978-1998. In response to the Aryan Nations, a white supremacy group originally based in northern Idaho, the six-state Northwest Coalition Against Malicious Harassment was created in 1987 with Marilyn as a founding member.  Its purpose was to end harassment and violence by stopping individual and organized bigotry.  Governor Cecil Andrus recognized Marilyn as Idaho’s “moral compass” and praised her as a “champion for human rights and basic decency.”

The dedication begins at 11:45 a.m. in the Anne Frank Amphitheater in front of the Anne Frank statue; the program includes a special presentation as a call to take action in honoring Marilyn’s legacy.  A formal ribbon cutting will officially open the classroom at noon.  Memorial docents will be on hand from noon to 1:00 p.m. to explain and demonstrate the new features installed in and surrounding the Classroom. 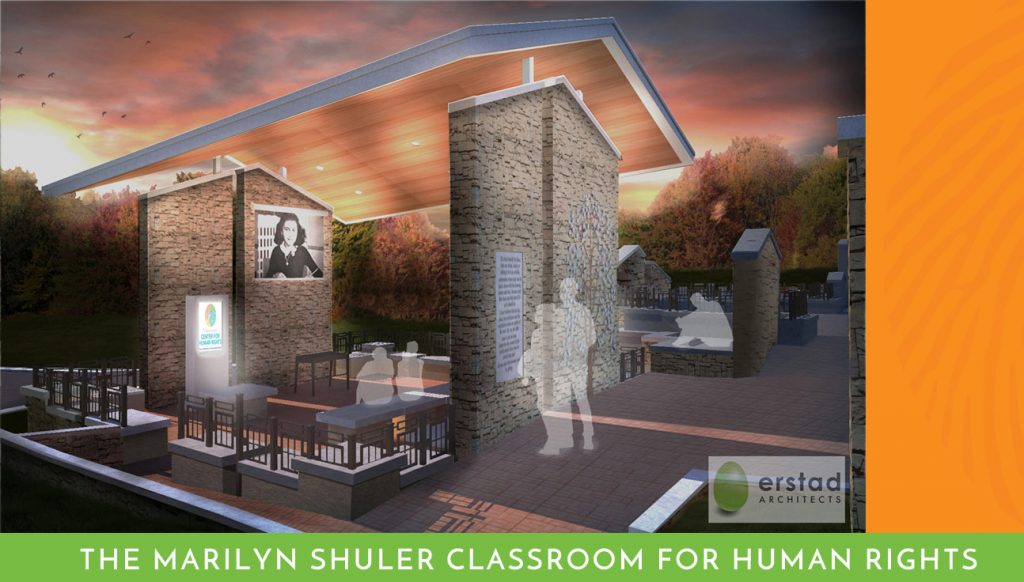