Dydine Umunyana,  the Author of the memoir Embracing Survival tells the story of the 1994 Rwandan Genocide against Tutsis at the hands of the Hutu perpetrators, through the eyes of the four-year-old-child, that she was when the horror massacre occurred. 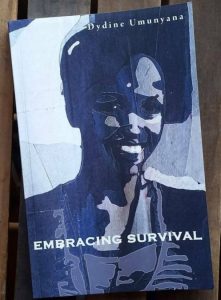 In 2013, Ms. Umunyana was appointed a Youth Peace Ambassador, for the Aegis Trust, an organization dedicated to the prevention of genocide and mass atrocities worldwide.  Subsequently, in 2015, she became a Global Mentor for Peace at ‘Serve to Unite’, an organization that cultivates peace through creative service learning and global engagement.

Ms Umunyana is committed to establishing a dialogue between people for understanding their shared histories and cultural differences. Through her writing and public lectures, her goal is to pierce the wall of silence that still pervades much of our society.

In sharing her story, the story of her family and the story of the 1994 genocide in Rwanda with readers, Ms. Umunyana writes that “Life is a choice and we should never resort to name-calling when we refer to others that we perceive as different from ourselves.  Whatever color, religion, occupation, ethnicity and or tribe, one belongs to, or what part of the world one comes from, there is only one race – the human race.  All that matters is what is inside you.  Hate is not the answer.”

Tickets: $20 with dessert and beverage included.

Embracing Survival will be available for purchase with opportunity to be signed by the author.