From Historical Narrative to the Human Spirit

From Historical Narrative to the Human Spirit

Made possible with funding from the Morrison Center Endowment Foundation, we’re drawing from the stories in the Memorial to share a larger, personal story with students and the broader community. 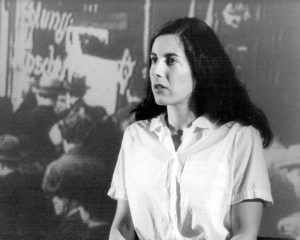 Join us April 11, 2017, at the Morrison Center for the Performing Arts for “From Historical Narrative to the Human Spirit” featuring the Living Voices play, “Through the Eyes of a Friend” and Zlata Filipovic, author of Zlata’s Diary.

“Through the Eyes of a Friend” is a poignant dramatic portrait of friendship and survival, brought to life through the eyes of Anne Frank’s “best friend.”

A number one bestseller, Zlata Filipović wrote her diary during the Bosnian war. Described as the Anne Frank of Sarajevo, Zlata’s chronicle of her daily life and the war’s increasing impact on her home town of Sarajevo describes the horrors of war through the innocence of a child.

All tickets for the evening presentation are $7.50.   Anne Frank Legacy Circle donors are invited to a private reception following the evening show in the Founders Room at the Morrison Center for the Performing Arts.

Tickets are available through the Morrison Center box office. (208) 426-1110 or www.morrisoncenter.com 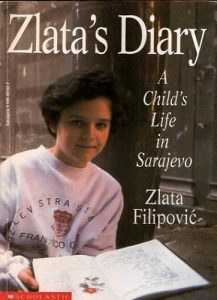