The Right to Dream – Yesterday and Today

The Right to Dream – Yesterday and Today

Through a unique combination of theatre, video, and live Interaction to deliver a high impact experience and an unforgettable journey through history, “The Right to Dream” recreates a student’s coming of age as an African American in Mississippi during the 1950’s and 1960’s. The program illuminates the issues of civil rights, leading audiences to understand how the fight against prejudice has shaped our history. The performance is told from the point of view of Raymond Hollis, a young African American growing up in a small town in Mississippi on the brink of the American Civil Rights movement and the child of a World War II African American soldier and a domestic worker who is respected in their small Mississippi town. 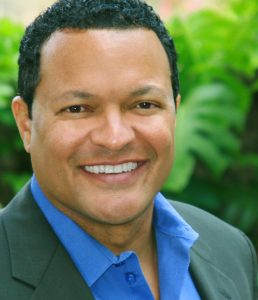 Mr. Morris is the President of the Frederick Douglass Family Initiatives (FDFI), a public charity that endeavors to create a modern Abolitionist Movement in schools all over the country through the vehicle of Service-Learning curricula called History, Human Rights and the Power of One.  FDFI operates on the belief that young people play critical roles on both sides of the Contemporary Slavery spectrum: at one end, they are the most vulnerable to becoming its victims and, at the other, the most qualified to lead its demise.