Doing or saying nothing sends a message that injustice is acceptable.  It isn’t. 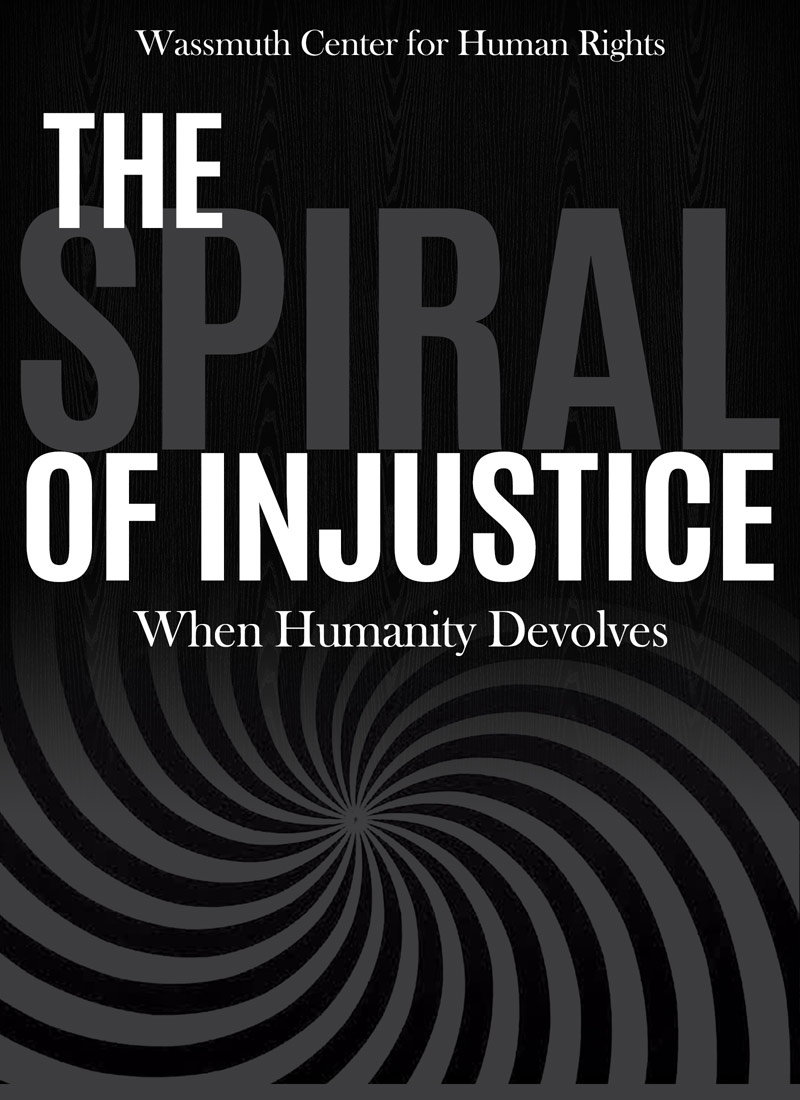 The Spiral of Injustice, written by Tammy Seley Elliott

Throughout history, it has been the inaction of those who could have acted; the indifference of those who should have known better; the silence of the voice of justice when it mattered most; that has made it possible for evil to triumph.

Most people mean well.  Most people don’t realize they’ve played a role in the propagation of injustice, or could “make it possible for evil to triumph.”  Most people have felt the sting of injustice, through language, avoidance or some other form of direct discrimination.  But for “The Other,” it can be a lifetime burden, a barrier to access or opportunity, an avenue to violence, or at the worse, elimination. This is the reality of “The Other”, those who have been marginalized, perceived by the group as not belonging, as being different in some fundamental way, targeted because of association with a group based on class, race, gender, sexual orientation, gender identity, age, ability, or religious preference.

The Spiral of Injustice examines the devolution of humanity when “The Other” is seen as apart from the norm, and therefore not equal.  If the perception of difference exists, actions to demean will exist. The downward spiral from language to avoidance, discrimination, violence, and elimination illustrates the destruction of a core value – “do unto others as you would have them do unto you.”

Language is one of the most common and unwitting enabler of injustice. It is both taught and learned. My dad used racially and sexually disparaging terms when I was growing up; it was what I knew.  Fortunately, as I matures, I realized the words he chose were wrong.  Unfortunately, not all will challenge what has been taught.  Words can be weapons, hurting and even destroying there targets.  Every form of name-calling, degrading and judgmental word choices, or jokes that stereotype have targets. Words are easy to say but difficult to ignore.  The choice is not to be politically correct—it is a choice to be morally correct.

Avoidance can be even easier than language.  Avoidance can occur unconsciously just be crossing the street or looking away to avoid “The Other.”  Sometimes, even intentional actions do not seem offensive to us; maybe we just don’t include “The Other” in activities or services that he or she might desire or need.  Avoidance is not as passive as it may seem; it is one more card on the deck stacked against “The Other.”

Discrimination takes more effort and is usually intentional.  Like language, it can be learned behavior—which to some makes it justifiable.  Unlike language, which can be vague, discrimination is typically direct and specific behavior.  Justification for discrimination is based on the difference–whatever it is–that which sets “The Other” apart.  These are the factors that can and do stand like dividers in our communities; they create perceptual hurdles that become actual barriers.  When we discriminate against others, we devolve as humans.

Violence is clear, defined as intimidation or harming “The Other” through physical acts (threats, assault, desecration, stalking, harassment, arson, murder, terrorism).  Daily, it’s on the news and in our communities.  It can also lead to encampment and maltreatment of entire populations because they were deemed to be less than human.  History has shown a pattern in many countries, including our own.

The full devolution of humanity is elimination–genocide.  It has happened and it is happening. Elimination can take place culturally to entire groups of people by forbidding or discouraging customs and traditions, language, music, art, history and the right to participate.  When we isolate, relocate, resettle or remove, we have also eliminated. When we segregate a group from our society, we, in effect, eliminate them from our society.

The battle is not with or against “The Other,” the battle lies within each of us to move from the sidelines of observation as a bystander to stand up and step in as upstander—one who is willing to interrupt the Spiral of Injustice.