The mission of the Wassmuth Center for Human Rights is to “promote respect for human dignity and diversity through education and to foster individual responsibility to work for justice and peace.” The Center achieves this mission by providing educational programs for teachers and students, engaging in community leadership, partnering with business and industry, and advocating for human rights. 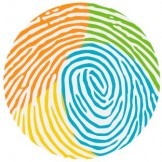