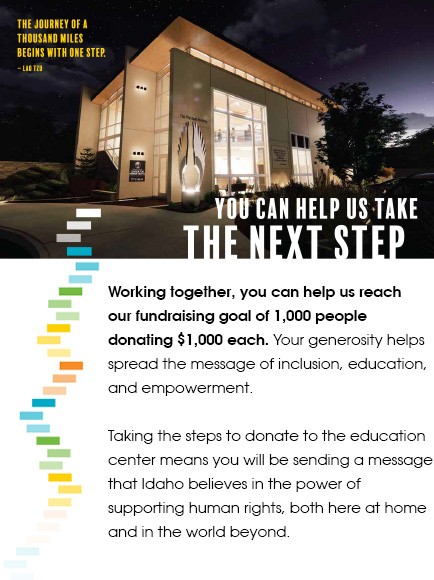 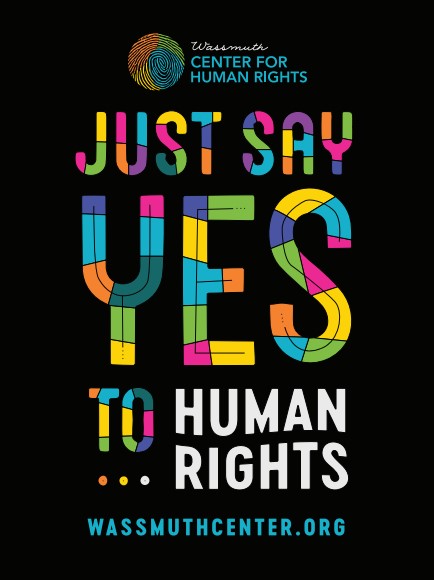 Etched in the stone of the Idaho Anne Frank Human Rights Memorial, Bill Wassmuth proclaims, “Saying ‘yes’ to human rights is the best way to say ‘no’ to prejudice and bigotry.”

Bill, an unlikely human rights hero, was a pastor of St. Pius Catholic Church in Coeur d’ Alene from 1979-1988.  During that time, his leadership of the Kootenai County Task Force on Human Rights made him the target of an Aryan nation bombing attack on his home.  Leaving the priesthood, marrying and moving to Seattle, Wassmuth served as the founding executive director of the six state Northwest Coalition Against Malicious Harassment from 1989-1999.

As Myrlie Evers-Williams, former chair of the NAACP Board of Directors, wrote, “Standing up together against hate … is a message of courage in the face of bigotry — a message that we need to hear frequently in our country.”

Standing together, we invite you to take the pledge.  Commit to saying “yes” to human rights.

Commit to fostering a climate and culture of human rights in your community.

Pledge to Just Say YES to Human Rights, the most basic rights and freedoms that belong to every human being from birth to death, regardless of race, gender, age, religion, sexual orientation, ability, ethnicity, or nationality.   Pledge that your words and actions will include:

Equality: YES, I will treat others as equals. All human beings are born free and equal in dignity and rights.

Respect:  YES, I will care enough to consider how my words and actions impact others. Whatever our differences, human rights belong to everyone.

Compassion:  YES, I will behave toward others with care and generosity. When anyone’s human rights are denied, everyone’s rights are diminished.

Justice:  YES, I will speak up for the fair treatment of all human beings and empower others to do the same. I will use my rights to stand up for your rights. 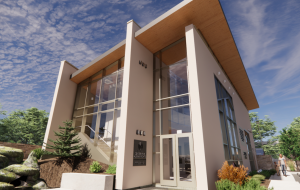 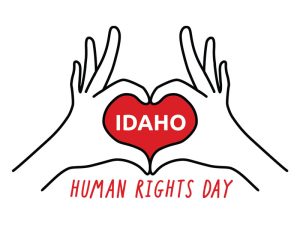 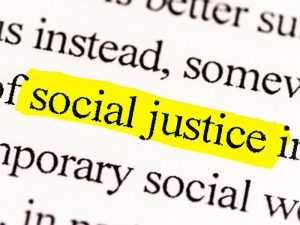 Support the work of the Wassmuth Center for Human Rights with an online $10 purchase.

Show your support with a We Are Everywhere yard sign.

Available at the Wassmuth Center Offices.

Come grab yours today, and show, we are everywhere with 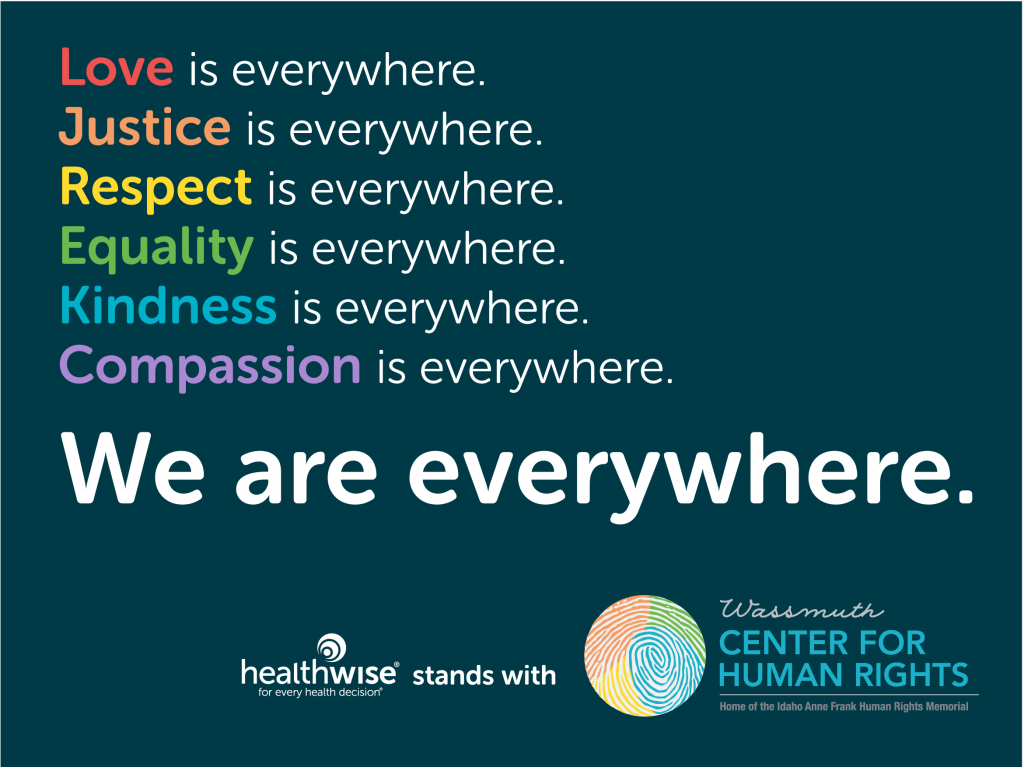 Welcome progress has been made since the late Bill Wassmuth first stood up to bigotry and hatred in northern Idaho.
But the need for human rights education grows with every new generation of Idaho children.
Today’s headlines only remind us there’s much more to be done. 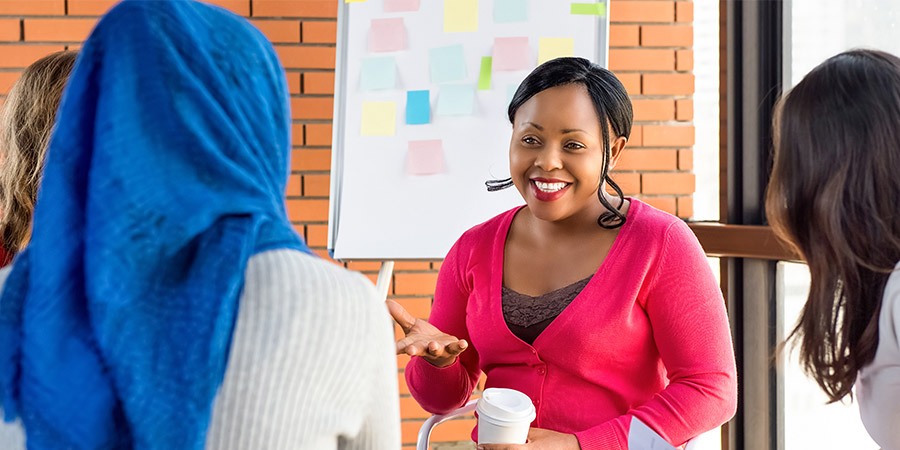 Events are a great way to enjoy a time with community friends and neighbors.

Join us for one of our upcoming events, co-host an event with the Center, or even schedule a tour of the Memorial for your company or civic group. 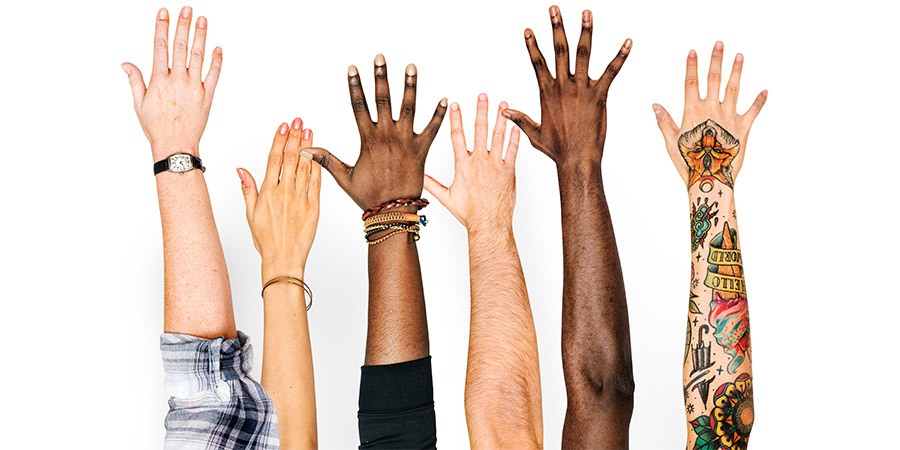 Find out how you can take part in our efforts to provide human rights education opportunities in Idaho and beyond.

There are many ways to get involved with the Center – volunteer, donate, attend an event, and participate in a program. 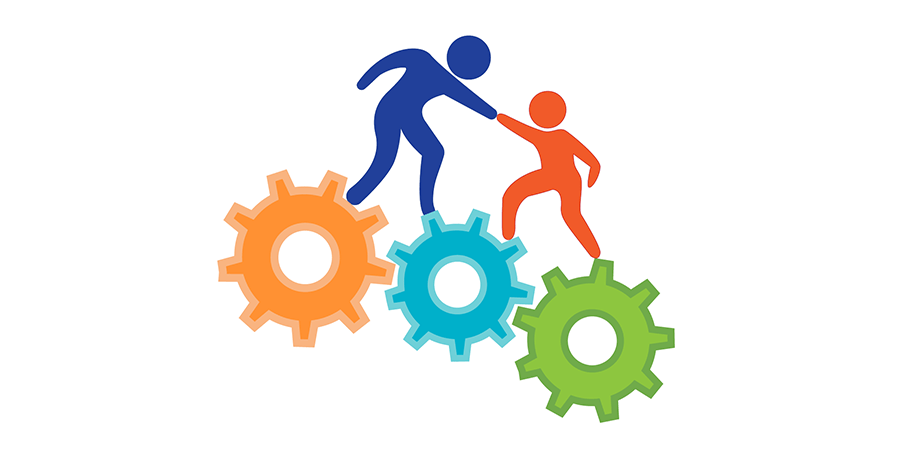 We are at a critical crossroads in our history, and the demand for our services has never been higher.

Our planned one-of-a-kind comprehensive human rights education center next to the only Anne Frank Memorial in the United States will give us a greater opportunity to make a profound impact through the keystone of our outreach efforts: education. 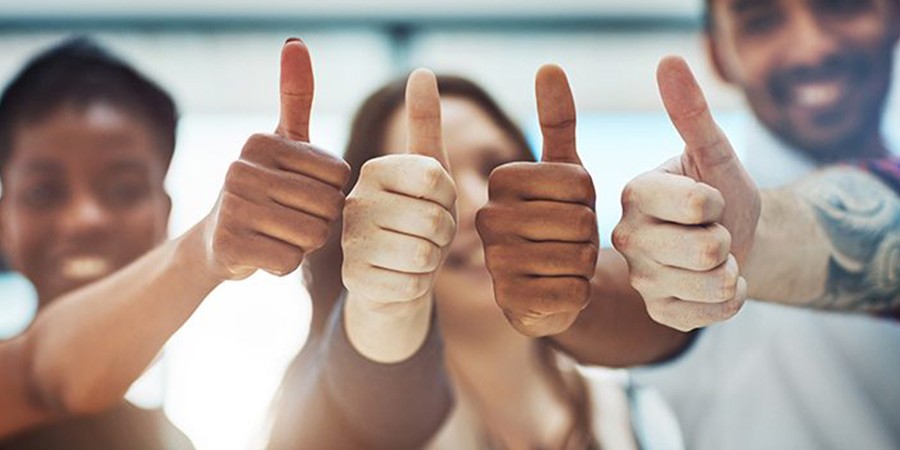 For the individual, certification is formal recognition of a specific skill set that focuses on human rights and human dignity.  For a business or organization, having employees or members who have earned certification is evidence that value statements are backed by knowledgeable, thoughtful, and meaningful commitments. 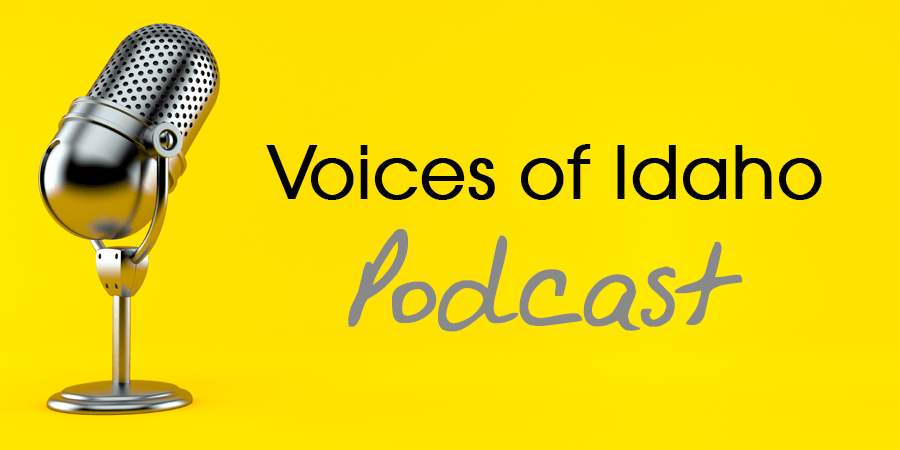 Hosted by Dan Prinzing with Adam Thompson, tune in and join the conversation with members of our Idaho human rights community. Seasons One and Two episodes are personal journeys shared to further define the Center’s Spiral of Injustice and Be an Upstander programs. 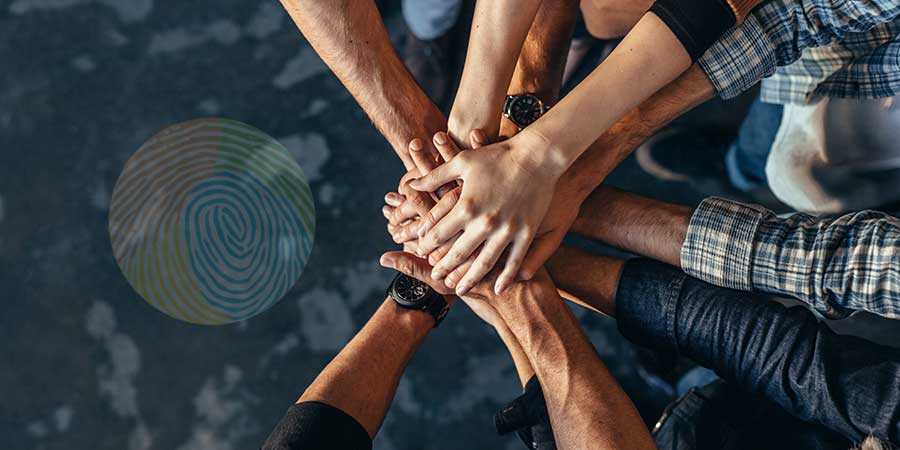 The Wassmuth Center for Human Rights welcomes applications for its annual Upstander C.A.R.E. (Compassion, Acceptance, Respect, Empathy) Awards. Each year Idaho graduating high school students are honored with scholarships up to $3,000 for taking action to create positive change in their communities. 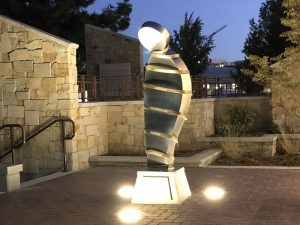 Designed by Idaho metal-artist Ken McCall, “The Other” recognizes the devolution of humanity when injustice targets and demeans members of the community.

“Art Is a Call to Action” – BSU Public Radio 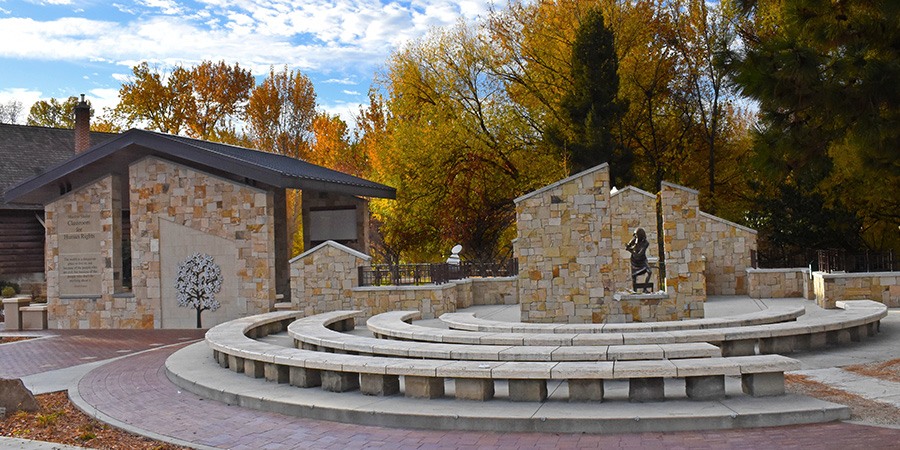 Located in the heart of downtown Boise, Idaho, experience what a memorial to human rights brings to the community.

Designed and constructed by the Wassmuth Center for Human Rights, the Idaho Anne Frank Human Rights Memorial stands as a globally shared icon in the promotion and protection of human rights.

To learn more about the Memorial, schedule a tour or take a virtual one. 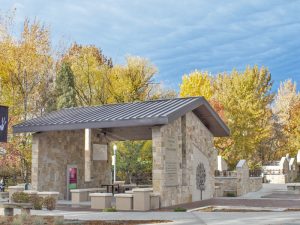 Honoring the state’s first director of the Idaho Human Rights Commission, the Classroom showcases the “History of Human Rights in Idaho” with videos and an interactive timeline.